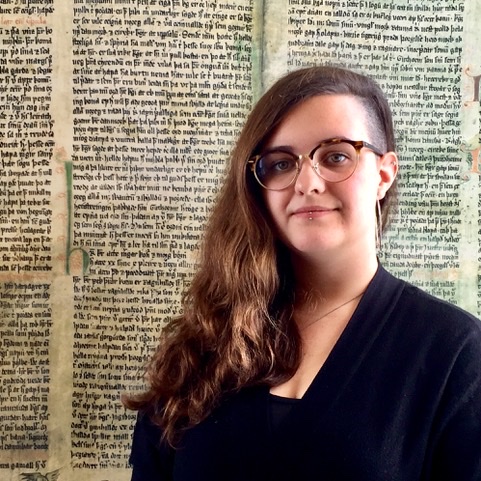 Meritxell Risco de la Torre (1995) is a PhD candidate in Comparative Literature (Middle Ages) at the University of Iceland. Her research seeks to establish the relationship between body, emotions, and selfhood in Medieval romances from the North of Europe.

Meritxell’s project seeks to examine different aspects of bodily representation in Medieval romances. Primarily, the project aims at assessing the relationship between narrative bodies and the conceptualisation of selfhood. Other aspects are brought in under the premise of this relationship: body and performance, body and gender, and disembodied selfhood. Ultimately, the objective is to establish whether a generalised conception of this relationship is attainable from the analysis of multiple Medieval romances composed in vernacular languages such as French, German, English, and Old Norse. By analysing original texts and their translations, the project also seeks to study the translatability of the aspects discussed above in several literary traditions. Meritxell’s study is funded by the international research project ‘Emotion and the Medieval Self in Northern Europe’ (2019–2022) which explores the performance of emotion in medieval literature and the implications such performativity has for the medieval selfhood and self-awareness across Northern Europe.