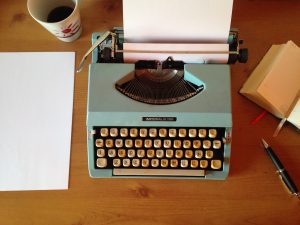 
Chloé Vondenhoff (1988) is a PhD candidate Comparative Literature (Middle Ages) at the University of Iceland and Utrecht University (joint doctorate). Her research project sheds light on medieval translation practices by studying the literary transmission of emotive concepts and narrative techniques within the genre of Arthurian romance. The story of Yvain, or the Knight with the Lion serves as the main focus of this study.


The Ph.D. project argues that medieval Scandinavian/Viking subjects have become increasingly pervasive in popular culture over the past ten to fifteen years, and that this development is a marked change in public perceptions of this material since World War II. By exploring this change and analyzing the nature of the processes involved, this project will also touch upon the powerful influences of new storytelling media upon the human imagination and collective perceptions, as well as the problematic socio-political receptions of Vikings in recent events. While television and film play a large role in popular perceptions of Vikings, special attention will be paid to video games (an industry grossing hundreds of billions of dollars yearly in international markets), which have not yet been considered in the field of Old Norse studies. To accomplish this study, a wide array of both the medieval Icelandic literature and modern works of narrative will be selected.
Lesa meira


Meritxell’s project seeks to examine different aspects of bodily representation in Medieval romances. Primarily, the project aims at assessing the relationship between narrative bodies and the conceptualisation of selfhood. Other aspects are brought in under the premise of this relationship: body and performance, body and gender, and disembodied selfhood. Ultimately, the objective is to establish whether a generalised conception of this relationship is attainable from the analysis of multiple Medieval romances composed in vernacular languages such as French, German, English, and Old Norse. By analysing original texts and their translations, the project also seeks to study the translatability of the aspects discussed above in several literary traditions.
Lesa meira