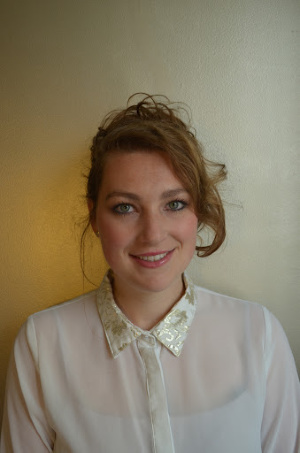 Chloé Vondenhoff (1988) is a PhD candidate in Comparative Literature (Middle Ages) at the University of Iceland and Utrecht University (joint doctorate). Her research project sheds light on medieval translation practices by studying the literary transmission of emotive concepts and narrative techniques within the genre of Arthurian romance. The story of Yvain, or the Knight with the Lion serves as the main focus of this study.

Arguably one of the most popular medieval stories by the French court poet Chrétien de Troyes, the adventures of Yvain and his lion were adopted into numerous European literary traditions, shortly after the story was first composed. Known for their general fatefulness to the Old French source text, these ‘translations’ reveal remarkable divergences both in emotional focus and narrative style. Chloé tracks and compares such textual modifications, between source text (Old French Yvain) and translation (Middle High German Iwein; Old Norse-Icelandic Ívens saga; Old Swedish Hærra Ivan; Middle English Ywain and Gawain), as well as between the rewritings themselves. By tracing this process, she aims to illuminate the emotional literary conventions of the different text communities for which these stories were written.

Vondenhoff’s study is funded by the international research project ‘Voice and Emotion in Medieval Literature’ (2012-2016) which focuses on the symbiosis between emotion and narration in medieval literature through a cross-cultural and interdisciplinary approach.